Why is Shopify using a dead Programming Language to build its $3 billion dollar ecommerce business? 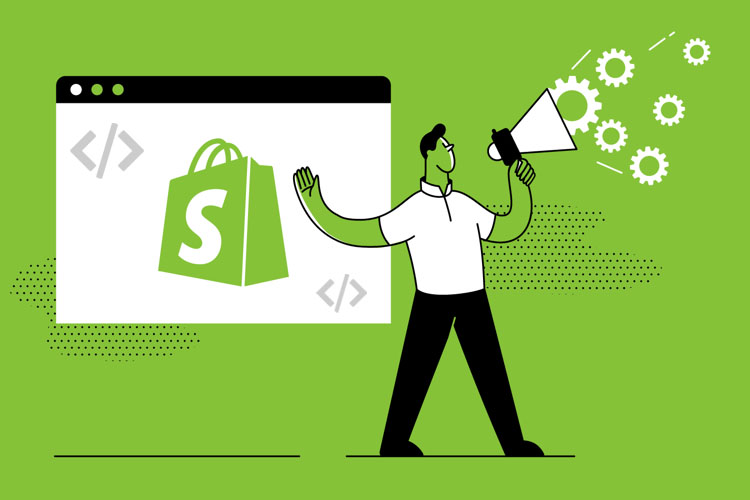 Shopify has helped more than a million merchants build online stores and fulfill their entrepreneurial dreams.

It would be an understatement to say Shopify is the unicorn of the eCommerce business. Shopify is used by millions of merchants all over the world to build their online presence and market their products. Started by 3 Canadians in 2004, inspired by their poor online shopping experience, Shopify has been significantly gaining new grounds every day. According to research reports, its global e-commerce is forecasted to be $4.95 trillion by 2022- almost 400% increase in eight years.

Shopify is the present day example of a well-structured, complex and user-friendly eCommerce website built using Ruby on Rails. It is basically a Software-as-a-Service platform which gives entrepreneurs and intrapreneurs the opportunity to create a secure online store with wider features and choice to select their best payment gateways out of a hundreds of possible options. For the advanced user, there is an option to edit the ready-made design templates. Even at the scale of processing millions of requests per minute (RPM), Shopify offers a lot more than an e-commerce sales platform. And, this is amazing.

Why does Shopify use Ruby on Rails?

For the uninitiated, Ruby on Rails is very much prevalent in the present day. It is forming a niche because of its vast usage among millions of websites. Ruby on Rails is no longer a one advantage wonder web development framework. What makes it different is its effective development time, super fast deployment, user-friendliness, etc.

When Shopify was launched, at that time RoR was very popular. It was a promising framework and it is now. RoR helped Shopify to grow relatively at the same time as its number of users increased. This scalability feature of ruby on rails made it a favorite for the founders as it perfectly answers the rising demands of the new client, product additions, feature releases and much more. The RoR architecture was famous for its modularity which means that the system can be divided into modules and gems. It was suitable for the twelve factor app principles, which allowed it to be scaled in a natural way.

The main idea was to create a platform where the tool merchants can build their own online store and sell their products easily. Bringing such a powerful platform requires overcoming a lot of technical challenges such as secure infrastructure for proper user data handling, larger database sets, API creation, third-party integration, and availability issues. This is where RoR saves the bill.

Is Ruby on Rails Really A Dying Language in 2021?

It’s been a long time since there has been constant discussions circling this topic among the developers, tech enthusiasts, etc. The truth is YES, there has been a decline in the popularity of RoR but ruby on rails isn’t done yet!

Since its inception in 1995, Ruby has undergone several changes in its form with the latest version being 2.6.1. Rails was created in 2003 by David Heinemeier Hansson. Rails is an open source framework and is widely used by many companies around the world for web development. It has a simple, clean code technique for developing applications faster. Following are some of the points to clear the air why Ruby should be a force to reckon in 2021.

Powerful community: Ruby on rails is a bit different as compared to other open-source technologies. It uses open source code and belongs to an open source community. Fixing bugs in record time in long drawn complex projects and the addition of new libraries are few plus points among many other benefits one can get from the developer community of RoR.

Agile first approach: Agile approach has always been the predominant oath of the RoR community since its earlier days. Creating new products and releasing it through repetition has many benefits- Quicker responses to user’s feedback, stable rise in RoI and focus on a few distinct groups using applicable features.

Apt for the Content Management System (CMS): Ruby on Rails can build new systems which are suitable for content companies, publications and media houses, as it perfectly answers to the rising demands of the revision, reviews, storage and publications. It has an SEO tool to improve search engine rankings. To add it up, Rails is the mature tech perfectly suitable for agile software development.

Developer Friendly: Ruby on Rails is not rocket science. It can be used easily and widely. Startup founders can learn to code and build products with ease and convenience. They don’t need to rely on others to do that which in turn saves money and time. Any individual with a flair of technical knowledge can work on learning to code and use the framework effortlessly.

With such an impressive portfolio, Ruby on Rails isn't going out of the market any time soon. There is such a huge demand for Ruby developers. Do you know bug fixing in less time, new libraries and long drawn complex projects are few benefits among others one can get from the developer community of Ruby on Rails.

Ruby is here to stay. It isn’t dying but maturing which is a similar pattern for other programming languages. With the vast majority of big organizations still using Ruby as the core, it would be a myopic viewpoint to consider that RoR will diminish over time and not be the corundum of programming languages.

In the present day, e-commerce with Ruby on Rails is more relevant than ever. As the companies face imminent losses due to unseen circumstances, geographical preferences, customer needs, and much more, the companies aim to save more money, while reaching more customers. And, having a mobile eCommerce platform with RoR can reduce that operational burden by half.

Name it and RoR has it all: payment gateways, campaign platforms, merchant helpdesks, etc. If you are planning to build an online shop, RoR has one of the best development frameworks as it includes many gems built particularly for e-commerce. Unique merchants deserve unique solutions. If you need to cover an extra mile for a mature technology and a competent app development partner, that technology is Ruby on Rails and the partner is RailsFactory.